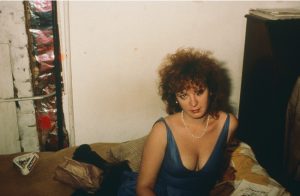 “This is a picture of me in the ’80s at a friend’s after a small house party. The dress was designed for me by my roommate. These were the days of the night life.

“Proceeds from the sale of this print will benefit VOCAL-NY (Voices Of Community Activists & Leaders), P.A.I.N. (Prescription Addiction Intervention Now), and Aperture.

“P.A.I.N is my activist group fighting the Sackler family, whose pharmaceutical company, Purdue Pharma, developed and pushed OxyContin, igniting the Opioid Epidemic. We expose the Sacklers’ toxic philanthropy through direct action and court intervention, and we address the overdose crisis by advocating for Harm Reduction.

We’re proud to collaborate with VOCAL-NY, a Black-led membership organization and one of the most influential activist groups on the ground. They organize low-income New Yorkers across the state to end the drug war, homelessness, mass incarceration, and HIV/AIDS, while also providing direct services to people who use drugs. Together, we fight to end the drug war and uplift the movement for Black lives. #AllBlackLivesMatter.”

This timed edition Nan Goldin print is available until June 25 at midnight EDT at Aperture
Please note: this offer is limited to three per collector

This special limited-edition print comes with issue #239 of Aperturemagazine, titled “Ballads,” which is dedicated to the enduring influence of Nan Goldin’s The Ballad of Sexual Dependency (Aperture, 1986). The issue features an exclusive interview with Goldin, as well as a section she curated dedicated to her influences across photography, film, and literature.

ABOUT P.A.I.N.
P.A.I.N. (Prescription Addiction Intervention Now), a group organized by Nan Goldin, is committed to holding the manufacturers of the opioid crisis responsible and speaking for the hundreds of thousands of voices that have been silenced by the epidemic.

ABOUT VOCAL-NY
VOCAL-NY (Voices Of Community Activists & Leaders) is a statewide grassroots membership organization that builds power among low-income people affected by HIV/AIDS, hepatitis C, the drug war, homelessness, and mass incarceration in order to create healthy and just communities. 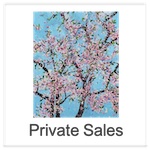 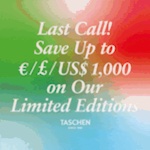 This website uses cookies to improve your experience while you navigate through the website. Out of these, the cookies that are categorized as necessary are stored on your browser as they are essential for the working of basic functionalities of the website. We also use third-party cookies that help us analyze and understand how you use this website. These cookies will be stored in your browser only with your consent. You also have the option to opt-out of these cookies. But opting out of some of these cookies may affect your browsing experience.
Necessary Always Enabled
Necessary cookies are absolutely essential for the website to function properly. This category only includes cookies that ensures basic functionalities and security features of the website. These cookies do not store any personal information.
Non-necessary
Any cookies that may not be particularly necessary for the website to function and is used specifically to collect user personal data via analytics, ads, other embedded contents are termed as non-necessary cookies. It is mandatory to procure user consent prior to running these cookies on your website.
SAVE & ACCEPT
WhatsApp us