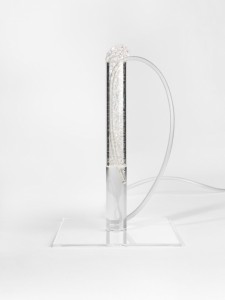 ICA is pleased to announce a new limited edition by Roger Hiorns. Hiorn’s edition ‘Richard Hamilton’ is created in response to an image from Hamilton’s exhibition ‘Growth and Form’ – which was originally on view at the ICA in 1951, and subsequently recreated in 2014. The image in question is a blurred photographic fragment. The text which accompanies the photograph suggests that it depicts a plastic tube emitting foam. Hiorns is renowned for his use of foam, and here, has adapted this technology in order to recreate the supposed scene in Hamilton’s image fragment. Hiorns considers the work to ‘not belong wholly to me or to Richard but to a time between its creation and its re-creation.’ Thus, ‘it seemed appropriate to name the work ‘Richard Hamilton.’

This limited edition is available at ICA London 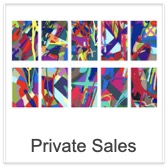